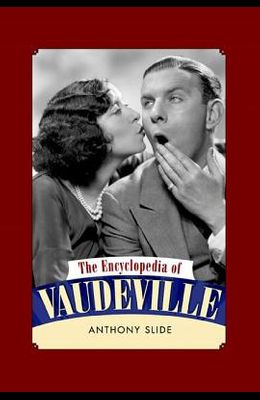 The Encyclopedia of Vaudeville

Over 500 entries on the cherished and the forgotten from a once popular and influential entertainment form The Encyclopedia of Vaudeville provides a unique record of what was once America's preeminent form of popular entertainment from the late 1800s through the early 1930s. It includes entries not only on the entertainers themselves, but also on those who worked behind the scenes, the theatres, genres, and historical terms. Entries on individual vaudevillians include biographical information, samplings of routines, and, often, commentary by the performers. Many former vaudevillians were interviewed for the book, including Milton Berle, Block and Sully, Kitty Doner, Fifi D'Orsay, Nick Lucas, Ken Murray, Fayard Nicholas, Olga Petrova, Rose Marie, Arthur Tracy, and Rudy Vallee. Where appropriate, entries also include bibliographies. The volume concludes with a guide to vaudeville resources and a general bibliography. Aside from its reference value, with its more than five hundred entries, The Encyclopedia of Vaudeville discusses the careers of the famous and the forgotten. Many of the vaudevillians here, including Jack Benny, George Burns and Gracie Allen, Jimmy Durante, W. C. Fields, Bert Lahr, and Mae West, are familiar names today, thanks to their continuing careers on screen. At the same time, and given equal coverage, are forgotten acts: legendary female impersonators Bert Savoy and Jay Brennan, the vulgar Eva Tanguay with her billing as The I Don't Care Girl, male impersonator Kitty Doner, and a host of freak acts. Anthony Slide, Studio City, California, is an independent scholar who has published seventy-five books on popular entertainment. He has been a specialist appraiser of entertainment memorabilia for more than thirty years, an associate archivist for the American Film Institute, and the resident film historian of the Academy of Motion Picture Arts and Sciences.