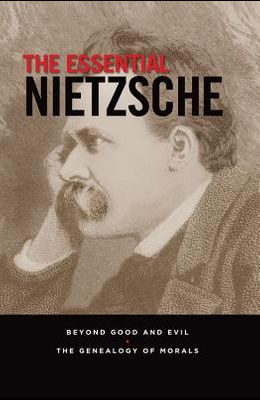 The Essential Nietzsche: Beyond Good and Evil and the Genealogy of Morals

In 1886, Frederich Nietzsche self-published Beyond Good and Evil . Structured into 296 separate sections, and nine parts, this work deconstructs the metaphysics and dogma established by previous philosophers. Nietzsche traced the roots of issues that he viewed hindered mankind in his society. He spoke about what it means to be a free spirit, the prejudice of philosophers, and begins questioning traditional morality. On the Genealogy of Morals was published a year later in 1887. Influenced by Fyodor Dostoevsky and Soren Kierkegaard, the book consisted of three overlapping essays. It follows the evolution of morals and the moral prejudices of Christianity and Judaism. In this book, Nietzsche goes into the history of values and why we've put so much emphasis these values. In his treatises, Nietzsche delves into the origin of good and evil, guilt, bad conscience, resentment, and how these parts of the human condition have evolved over time.