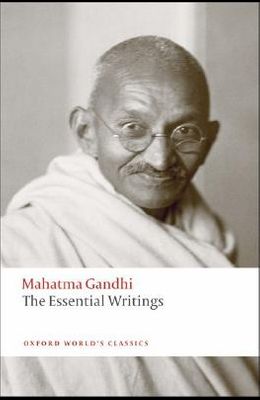 Mahatma Gandhi was a profound and original thinker, one of the most influential figures in the history of the twentieth century, and a famous advocate of non-violent civil resistance. His many and varied writings largely respond to the specific challenges he faced throughout his life, and they show his evolving ideas, as well as his deepening spirituality and humanity, over several decades. Drawn from the full range of Gandhi's published work--books, articles, broadcasts, interviews, letters--this superb selection illuminates his thinking on religion and spirituality, on society and its problems, on politics and British rule, and on non-violence and civil disobedience. The pieces are arranged to underscore Gandhi's belief that transformation in human life should be from the roots upwards, from the individual through to social and political relations. The Introduction by Judith Brown--a leading authority on Gandhi--provides a succinct account of his life and his ambiguous role in the Indian nationalist movement, examines what kind of thinker and writer Gandhi was, and shows how he built a coherent body of thought. About the Series: For over 100 years Oxford World's Classics has made available the broadest spectrum of literature from around the globe. Each affordable volume reflects Oxford's commitment to scholarship, providing the most accurate text plus a wealth of other valuable features, including expert introductions by leading authorities, voluminous notes to clarify the text, up-to-date bibliographies for further study, and much more.