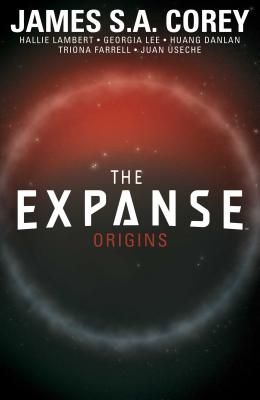 Book #1-4 in the The Expanse Origins Series
by
James A Corey and Hallie Lambert and Georgia Lee
$14.99
Select Format

The official graphic novel tie-in to the hit SyFy television series revealing the untold origin stories of the main characters . Based on the bestselling books and tying into the hit television series, The Expanse: Origin s reveals the untold genesis of the crew members of The Rocinante. As interplanetary tensions reach an all-time high, The Rocinante crew finds themselves at the center of a conflict that threatens to destroy all of human civilization. But before they were heroes, each member of the crew faced moments that would define them and bring them one step closer to the ship they now call home. Featuring stories by author James S.A. Corey, written by Hallie Lambert and Georgia Lee and illustrated by Huang Danlan, this graphic novel explores the history of each character and what led them to The Canterbury, making it a must-read for fans.

The Expanse Origins Series In Order - By James A Corey