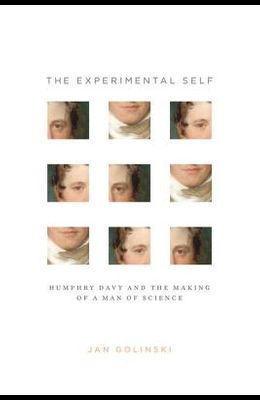 The Experimental Self: Humphry Davy and the Making of a Man of Science

What did it mean to be a scientist before the profession itself existed? Jan Golinski finds an answer in the remarkable career of Humphry Davy, the foremost chemist of his day and one of the most distinguished British men of science of the nineteenth century. Originally a country boy from a modest background, Davy was propelled by his scientific accomplishments to a knighthood and the presidency of the Royal Society. An enigmatic figure to his contemporaries, Davy has continued to elude the efforts of biographers to classify him: poet, friend to Coleridge and Wordsworth, author of travel narratives and a book on fishing, chemist and inventor of the miners' safety lamp. What are we to make of such a man? In The Experimental Self , Golinski argues that Davy's life is best understood as a prolonged process of self-experimentation. He follows Davy from his youthful enthusiasm for physiological experiment through his self-fashioning as a man of science in a period when the path to a scientific career was not as well-trodden as it is today. What emerges is a portrait of Davy as a creative fashioner of his own identity through a lifelong series of experiments in selfhood.