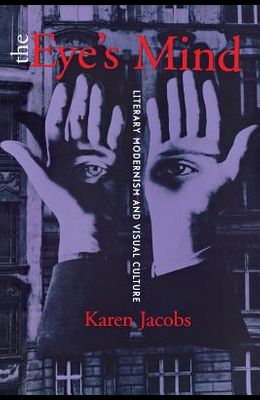 The Eye's Mind significantly alters our understanding of modernist literature by showing how changing visual discourses, techniques, and technologies affected the novels of that period. In readings that bring philosophies of vision into dialogue with photography and film as well as the methods of observation used by the social sciences, Karen Jacobs identifies distinctly modernist kinds of observers and visual relationships. This important reconception of modernism draws upon American, British, and French literary and extra-literary materials from the period 1900-1955. These texts share a sense of crisis about vision's capacity for violence and its inability to deliver reliable knowledge. Jacobs looks closely at the ways in which historical understandings of race and gender inflected visual relations in the modernist novel. She shows how modernist writers, increasingly aware of the body behind the neutral lens of the observer, used diverse strategies to displace embodiment onto those others historically perceived as cultural bodies in order to reimagine for themselves or their characters a purified gaze. The Eye's Mind addresses works by such high modernists as Vladimir Nabokov, Virginia Woolf, and (more distantly) Ralph Ellison and Maurice Blanchot, as well as those by Henry James, Zora Neale Hurston, and Nathanael West which have been tentatively placed in the modernist canon although they forgo the full-blown experimental techniques often seen as synonymous with literary modernism. Jacobs reframes fundamental debates about modernist aesthetic practices by demonstrating how much those practices are indebted to the changing visual cultures of the twentieth century.