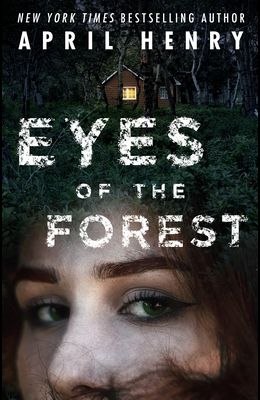 The Eyes of the Forest

After a bestselling fantasy writer disappears, only his biggest fan believes he's in danger. Instead of re-reading his books, she must venture into the real world to uncover the truth in this fast-paced mystery by New York Times -bestselling author April Henry. For readers of Courtney Summers and Karen McManus. Bridget is RM Haldon's biggest fan. She and her mom sought refuge in Haldron's epic fantasy series Swords and Shadows while her mom was losing her battle with cancer. When Bridget met Haldon at one of his rare book signings, she impressed the author with her encyclopedic knowledge of the fantasy world he'd created. Bridget has been working for him ever since as he attempts to write the final book in his blockbuster sword and sorcery series. But Haldon has gone missing, and Bridget is the only person who seems concerned. Can Bridget piece together Haldon's cryptic clues and save him before it's too late? Master mystery-writer April Henry weaves another heart-stopping young adult thriller in this story that seamlessly blends suspense with an exploration of fan culture. Christy Ottaviano Books