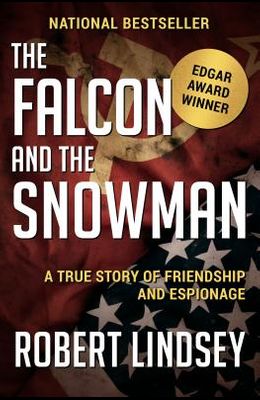 The Falcon and the Snowman: A True Story of Friendship and Espionage

This fascinating account of how two young Americans turned traitor during the Cold War is an absolutely smashing real-life spy story ( The New York Times Book Review ). At the height of the Cold War, some of the nation's most precious secrets passed through a CIA contractor in Southern California. Only a handful of employees were cleared to handle the intelligence that came through the Black Vault. One of them was Christopher John Boyce, a hard-partying genius with a sky-high IQ, a passion for falconry, and little love for his country. Security at the Vault was so lax, Boyce couldn't help but be tempted. And when he gave in, the fate of the free world would hang in the balance. With the help of his best friend, Andrew Daulton Lee, a drug dealer with connections south of the border, Boyce began stealing classified documents and selling them to the Soviet embassy in Mexico City. It was an audacious act of treason, committed by two spoiled young men who were nearly always drunk, stoned, or both--and were about to find themselves caught in the middle of a fight between the CIA and the KGB. This Edgar Award-winning book was the inspiration for the critically acclaimed film starring Timothy Hutton and Sean Penn--a true story as thrilling as any dreamed up by Ian Fleming or John le Carr . Before Edward Snowden, there were Boyce and Lee, two of the most unlikely spies in the history of the Cold War. A balanced, objective, powerful story, which pulls you deeply into the lives of these young felons . . . You simply won't be able to dismiss them. -- The New York Times Book Review Compelling. The first book of the last two decades that makes us understand how the boy next door could become a superspy. -- The New York Times Remarkable. A real-life spy story as gripping and full of suspense as anything one could invent. Robert Lindsey tells us everything we want to know about this odd couple. He has done a superb job of research and writing. --Ken Follett, #1 New York Times -bestselling author Robert Lindsey (b. 1935) is a journalist and the author of several award-winning true crime books. He won the Edgar Award for Best Fact Crime for The Falcon and the Snowman: A True Story of Friendship and Espionage , which the New York Times called one of the best nonfiction spy stories ever to appear in this country.

Books similiar to The Falcon and the Snowman: A True Story of Friendship and Espionage

List of All Editions of The Falcon and the Snowman: A True Story of Friendship and Espionage