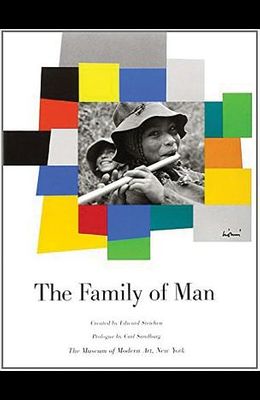 The Family of Man

by
and Carl Sandburg and Edward Steichen

Hailed as the most successful exhibition of photography ever assembled, The Family of Man opened at The Museum of Modern Art, New York in January 1955. This book, the permanent embodiment of Edward Steichen's monumental exhibition, reproduces all of the 503 images that Steichen described as a mirror of the essential oneness of mankind throughout the world. Photographs made in all parts of the world, of the gamut of life from birth to death. A classic and inspiring work, The Family of Man has been in print for more than 40 years. The New York Times once wrote that it symbolizes the universality of human emotions. First produced by a magazine publisher and sold by the hundreds of thousands on newsstands and in airport shops, The Family of Man has been in more recent years published by the Museum. It has been continuously in print since 1955; the present thirtieth-anniversary edition was prepared from original photographs with all new duotone plates in 1986.