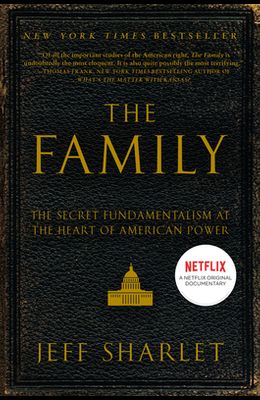 The Family: The Secret Fundamentalism at the Heart of American Power

Part history, part investigative journalism, The Family presents an eye-opening examination of the spiritual awakenings that have convulsed this nation from its very beginning.

From the Back Cover They insist they are just a group of friends, yet they funnel millions of dollars through tax-free corporations. They claim to disdain politics, but congressmen of both parties describe them as the most influential religious organization in Washington. They say they are not Christians, but simply believers. Behind the scenes at every National Prayer Breakfast since 1953 has been the Family, an elite network dedicated to a religion of power for the powerful. Their goal is Jesus plus nothing. Their method is backroom diplomacy. The Family is the startling story of how their faith--part free-market fundamentalism, part imperial ambition--has come to be interwoven with the affairs of nations around the world.