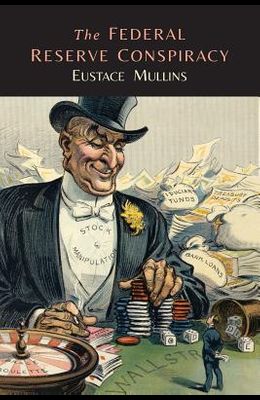 2014 Reprint of 1954 Edition. Full facsimile of the original edition, not reproduced with Optical Recognition Software. Eustace Clarence Mullins, Jr. was a populist American political writer, biographer, ant-Semite, and Holocaust denier. He is considered one of the leading conspiracy theorists of the Post War period. In this title Mullins argued that there was a conspiracy among Paul Warburg, Edward Mandell House, Woodrow Wilson, J.P. Morgan, Benjamin Strong, Otto Kahn, the Rockefeller family, the Rothschild family, and other European and American bankers which resulted in the founding of the U.S. Federal Reserve System. He argued that the Federal Reserve Act of 1913 defies Article 1, Section 8, Paragraph 5 of the United States Constitution by creating a central bank of issue for the United States. Mullins went on to claim that World War I, the Agricultural Depression of 1920, the Great Depression of 1929 were brought about by international banking interests in order to profit from conflict and economic instability. Mullins also cited Thomas Jefferson's staunch opposition to the establishment of a central bank in the United States.