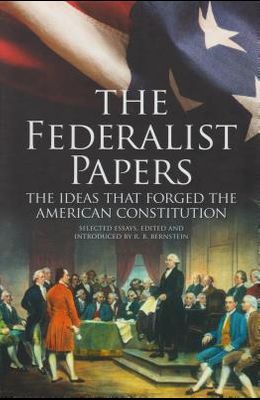 The Federalist Papers: The Ideas That Forged the American Constitution: Slip-Case Edition

by
James Madison and Alexander Hamilton and John Jay

This compact illustrated book selects the best essays from the most important American contribution to the literature of political science and constitutional government, The Federalist . These essays appeared first in 1787-88 as a series of articles in New York City's newspapers to explain and defend the proposed Constitution of the United States. Ever since, they have been read and studied around the world for their examination of the challenges of constitution-making and the innovative features of the Constitution. The authors of The Federalist were three of the greatest politicians and political thinkers in U.S. history: Alexander Hamilton and John Jay of New York, and James Madison of Virginia. Hamilton and Madison were delegates to the Federal Convention, which framed the Constitution; Jay helped negotiate the Treaty of Paris of 1783, which ended the American Revolution and won British recognition of American independence. The three men wrote under a pen-name, Publius, after the Roman Senator who led his countrymen in creating the government of the Roman Republic. The editor, R. B. Bernstein, is a lecturer in political science at City College of New York and author of Thomas Jefferson and The Founding Fathers: A Very Short Introduction .