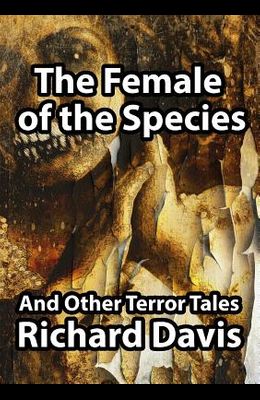 The Female of the Species and Other Terror Tales

by
Richard Davis and David a Sutton

A collection of eleven horror stories by Richard Davis (1935-2005), famed anthologist whose books include The Year's Best Horror Stories , the Space , Spectre and Tandem Horror series and many others. The author was the story editor for the BBC Late Night Horror series. His short stories appeared in many anthologies in the UK, but this is the first time a collection of his stories has been published.The book includes an introduction by editor David A. Sutton, plus two rare articles and an interview with the author. Richard Davis never saw a collection of his stories published in his lifetime and this book includes all of the author's short stories, culled from as far back as 1963 and 'The Fourth Pan Book of Horror Stories', up to the 1980s. The collection contains an introduction about his life, the fiction and anthologies, including his work as story editor for the BBC's Late Night Horror series. The book also features two rare articles and an interview with the author, from the late 1960s.