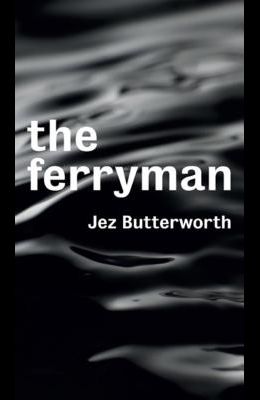 A richly absorbing and emotionally abundant play...An instant classic. -- Independent A mighty affair, sending stories, characters, history, politics and love skittering across the floor with the flair of a gambler rolling dice. It's a stunning piece of writing: teeming with life; haunted by death...Butterworth takes the great family drama and makes it his own. -- Financial Times An astonishing, enormous, shattering eruption of a play...It left me genuinely stunned. -- Time Out London A rich, serious, deeply involving play about the shadows of the past and the power of silent love. -- Guardian It's a tumbling and tumultuous play, one that swerves off into storytelling, song and dance, and debate, without taking its eye off the need for suspense. It's a thriller that bursts the bounds of its genre, but never forgets what makes the form tick. -- Variety A serious, seriously good, grown-up play...Something special. -- The Times A feast of intricate storytelling, it's absorbing, soulful and ultimately shattering. -- Evening Standard Vanishing. It's a powerful word, that. A powerful word. Armagh, 1981. The Carney farmhouse in Northern Ireland is a hive of activity with preparations for the annual harvest. A day of hard work on the land and a traditional night of feasting and celebrations lie ahead. But this year they will be interrupted by a visitor. Jez Butterworth is also the author Mojo , The Night Heron , The Winterling , Parlour Song , Jerusalem and The River . His plays have premiered in London at the Royal Court Theatre and the Almeida Theatre and in New York City at the Atlantic Theatre and on Broadway. He has won numerous awards for his work, including the E. M. Forster Award from the American Academy of Arts and Letters. He lives in Somerset, England.