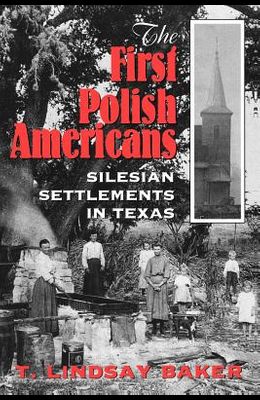 This award-winning history was the first to provide a detailed and well-documented account of the first organized Polish immigrant communities in America. Author T. Lindsay Baker, who conducted some of his research while a Fulbright lecturer at the Technical University of Wrocaw, tells the story of the settlements founded in Texas in the mid-1850s. As residents of Upper Silesia, the ethnic Poles bound for Texas had long retained their own language and adhered to their Catholic faith, despite being politically bound to the Kingdom of Prussia. As farmers and peasants, they were part of a feudal society, but among those who had some status and capital, freedom was possible through immigration. Baker shows that the desire to immigrate to Texas reached a fever pitch in Upper Silesia in the 1850s. Arriving on the coast at Indianola, Silesian immigrants moved inland and established the first settlement in present-day Karnes County, naming it Panna Maria. There the Reverend Leopold Moczygemba led the formation of St. Mary's, the first Polish Catholic church in the United States. Other settlements developed in a swath of counties from Matagorda northwest to Bandera; the only settlements outside that area were in Hidalgo County in the Rio Grande Valley and Carson County in the Panhandle. The Civil War, some hostile nativist Americans, droughts, and other difficulties of frontier life did not lay waste to the settlers' way of life. As Baker shows, the Silesian settlements of Texas had a far-reaching impact. For example, Peter Kiobassa left Texas after the Civil War and settled in Chicago, where he helped establish that city's first Polish Catholic community and then entered politics, becoming the first Polish-born state legislator in America.