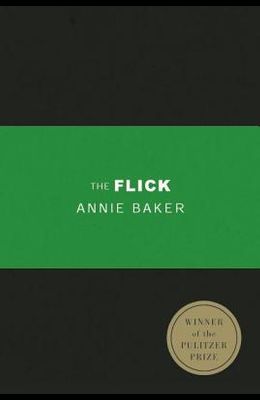 Winner of the 2014 Pulitzer Prize for Drama Funny, heartbreaking, sly and unblinkingThe Flick may be the best argument anyone has yet made for the continued necessity and profound uniqueness of theater. Jesse Green, New York Hilarious and ineffably touchingMs. Baker s peerless aptitude for exploring how people grope their way toward a sense of equanimity, even as they learn to accept disappointment, is among the things that make her such a gifted writerThis lovingly observed play will sink deep into your consciousness. Charles Isherwood, New York Times This hypnotic, heartbreaking micro-epic about movies and moving on is irreducibly theatrical. David Cote, TimeOut New York In a rundown movie theater in central Massachusetts, three underpaid employees sweep up popcorn in the empty aisles and tend to one of the last thirty-five-millimeter projectors in the state. With keen insight and a ceaseless attention to detail, The Flick pays tribute to the power of movies and paints a heartbreaking portrait of three characters and their working lives. A critical hit when it premiered Off-Broadway, this comedy, by one of the country s most produced and highly regarded young playwrights, was awarded the coveted 2013 Susan Smith Blackburn Prize, an Obie Award for Playwriting and the 2014 Pulitzer Prize for Drama. ANNIE BAKER S works include The Aliens (Obie Award), Body Awareness, Circle Mirror Transformation (Obie Award), Nocturama, and an adaptation of Anton Chekhov s Uncle Vanya. Her work has been produced at more than a hundred theaters in the U.S. and in more than a dozen countries. Recent honors include a Guggenheim Fellowship, the Steinberg Playwright Award and a New York Drama Critics Circle Award. She is a resident playwright at Signature Theatre.

List of All Editions of The Flick (Tcg Edition)