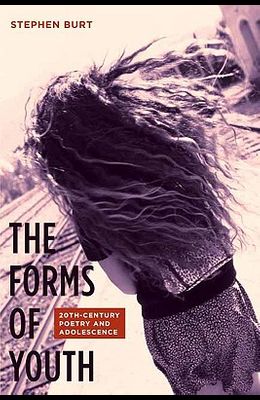 The Forms of Youth: Twentieth-Century Poetry and Adolescence

Early in the twentieth century, Americans and other English-speaking nations began to regard adolescence as a separate phase of life. Associated with uncertainty, inwardness, instability, and sexual energy, adolescence acquired its own tastes, habits, subcultures, slang, economic interests, and art forms. This new idea of adolescence became the driving force behind some of the modern era's most original poetry. Stephen Burt demonstrates how adolescence supplied the inspiration, and at times the formal principles, on which many twentieth-century poets founded their works. William Carlos Williams and his contemporaries fashioned their American verse in response to the idealization of new kinds of youth in the 1910s and 1920s. W. H. Auden's early work, Philip Larkin's verse, Thom Gunn's transatlantic poetry, and Basil Bunting's late-modernist masterpiece, Briggflatts , all track the development of adolescence in Britain as it moved from the private space of elite schools to the urban public space of sixties subcultures. The diversity of American poetry from the Second World War to the end of the sixties illuminates poets' reactions to the idea that teenagers, juvenile delinquents, hippies, and student radicals might, for better or worse, transform the nation. George Oppen, Gwendolyn Brooks, and Robert Lowell in particular built and rebuilt their sixties styles in reaction to changing concepts of youth. Contemporary poets continue to fashion new ideas of youth. Laura Kasischke and Jorie Graham focus on the discoveries of a specifically female adolescence. The Irish poet Paul Muldoon and the Australian poet John Tranter use teenage perspectives to represent a postmodernist uncertainty. Other poets have rejected traditional and modern ideas of adolescence, preferring instead to view this age as a reflection of the uncertainties and restricted tastes of the way we live now. The first comprehensive study of adolescence in twentieth-century poetry, The Forms of Youth recasts the history of how English-speaking cultures began to view this phase of life as a valuable state of consciousness, if not the very essence of a Western identity.