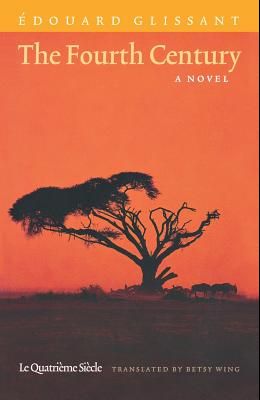 by
Edouard Glissant and Betsy Wing

The Fourth Century tells of the quest by young Mathieu B luse to discover the lost history of his country, Martinique. Aware that the officially recorded version he learned in school omits and distorts, he turns to a quimboiseur named Papa Longou . This old man of the forest, a healer, seer, and storyteller, knows the oral tradition and its relation to the powers of the land and the forces of nature. He tells of the love-hate relationship between the Longou and B luse families, whose ancestors were brought as slaves to Martinique. Upon arrival, Longou immediately escaped and went to live in the hills as a maroon. B luse remained in slavery. The intense relationship that had formed between the two men in Africa continued and came to encompass the relations between their masters, or, in the case of Longou , his would-be master, and their descendants. The Fourth Century closes the gap between the families as Papa Longou , last of his line, conveys the history to Mathieu B luse, who becomes his heir.