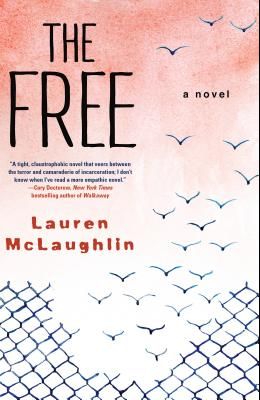 A 21st century response to Walter Dean Myers's classic Lockdown , The Free takes a look inside juvie, where Isaac West is fighting for a second chance. In the beginning, Isaac West stole to give his younger sister, Janelle, little things: a new sweater, a scarf, just things that made her look less like a charity case whose mother spent money on booze and more like the prep school girls he's seen on the way to school. But when his biggest job to date, a car theft, goes wrong, Isaac chooses to take the full rap himself, and he's cut off from helping Janelle. He steels himself for 30 days at Haverland Juvenile Detention Facility. Friendless in a dangerous world of gangs and violent offenders, he must watch his every step. Isaac's sentence includes group therapy, where he and fellow inmates reenact their crimes, attempting to understand what happened from the perspective of their victims. The sessions are intense. And as Isaac pieces together the truth about the circumstances that shaped his life--the circumstances that landed him in juvie in the first place--he must face who he was, who he is . . . and who he wants to be.