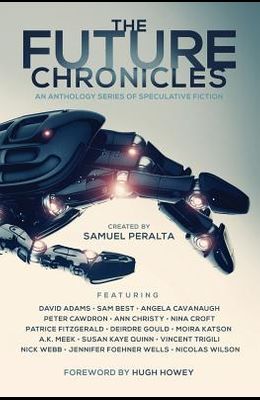 The Future Chronicles has grown, from a single collection of robot stories, into a series whose unique take on major science fiction and fantasy themes - A.I., aliens, time travel, dragons, telepaths, zombies, immortality, galactic battles, cyborgs, doomsday - has made it one of the most acclaimed short story anthology series of the digital era. Its companion series - Alt.Chronicles, The Illustrated Chronicles and Chronicle Worlds - are similarly ground-breaking in their coverage of less mainstream tropes such as alternative history and shared universes. Created by award-winning author Samuel Peralta, and edited by some of the most-respected editors in the genre, each volume brings together work from visionary new voices and from the grandmasters of modern science fiction and fantasy. This Future Chronicles - Special Edition volume is a compendium of stories selected from the Chronicles' standalone titles, and includes five new stories, never before published, from some of today's best writers in speculative fiction.

The Future Chronicles Series In Order - By Hugh Howey