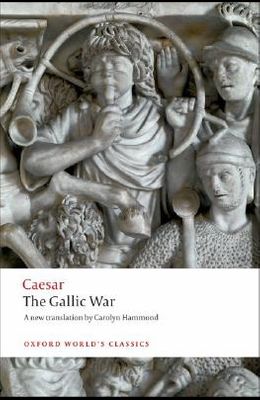 The Gallic War, published on the eve of the civil war which led to the end of the Roman Republic, is an autobiographical account written by one of the most famous figures of European history. This new translation reflects the purity of Caesar's Latin while preserving the pace and flow of his momentous narrative of the conquest of Gaul and the first Roman invasions of Britain and Germany. Detailed notes, maps, a table of dates, and glossary make this the most useful edition available. About the Series: For over 100 years Oxford World's Classics has made available the broadest spectrum of literature from around the globe. Each affordable volume reflects Oxford's commitment to scholarship, providing the most accurate text plus a wealth of other valuable features, including expert introductions by leading authorities, voluminous notes to clarify the text, up-to-date bibliographies for further study, and much more.

Books similiar to The Gallic War