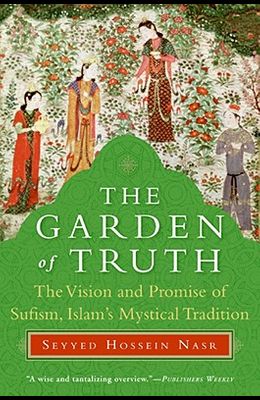 The Garden of Truth: The Vision and Promise of Sufism, Islam's Mystical Tradition

What Kabbalah is to Judaism, Sufism is to Islam. This esoteric sect has made significant contributions to the religion; however, many conservative Muslims disagree with popular Sufi practices, particularly saint worship, the visiting of tombs, and its incorporation of non-Islamic customs. As a result, Sufism has become a target for Islamic reformist and modernist movements. Seyyed Hossein Nasr, the preeminent Sufi scholar in the United States, explains the beliefs and vision of the mystical heart of Islam in The Garden of Truth, along with a history of Sufi saints and schools of thought. Readers of this book will find that Islam is much more than what is often depicted in the media. Seyyed Hossein Nasr, one of the world's leading experts on Islamic science and spirituality, is a professor of Islamic Studies at George Washington University. Author of over fifty books and five hundred articles, Professor Nasr is a well known and highly respected intellectual figure both in the West and the Islamic world. Nasr was born in Tehran, raised from the age of twelve in the United States, and is a graduate of MIT and Harvard. Only Professor Nasr could have given us such a beautiful and authoritative book on Sufism, its genesis, practices, disciplines and states, both historically as well as practically ... This modern classic will challenge the serious reader to realize and experience directly the ever-present inner garden of eternal truth. A brilliant gift to a confused world. - Shaykh Fadhlalla Haeri, Sufi Master, author and founder of the Academy of Self Knowledge (ASK).