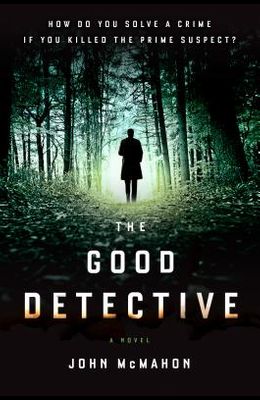 Introducing Detective P.T. Marsh in a swift and bruising debut where Elmore Leonard's staccato prose meets Greg Iles' Southern settings. How can you solve a crime if you've killed the prime suspect? Detective P.T. Marsh was a rising star on the police force of Mason Falls, Georgia--until his wife and young son were killed in an accident. Since that night, caught in a spiral of grief and booze, he's lost the ability to see the line between smart moves and disastrous decisions. Such as when he decides to 'help out' an exotic dancer by confronting her abusive boyfriend. When the next morning he gets called to the scene of his newest murder case, he is stunned to arrive at the house of a dead man, the very man he beat up the night before. He could swear the guy was alive when he left, but can he be sure? What he does know is that his fingerprints are all over the crime scene. But the trouble is only beginning. P.T. and his partner Remy begin to suspect the murder is connected to a local arson and lynching; two days earlier, the dead body of a black teenager was found in a burned-out field, a portion of a blackened rope around his neck--and P.T. realizes he might have killed the #1 suspect of this horrific crime. Amid rising racial tension and media scrutiny, P.T. uncovers something sinister at the heart of the boy's murder--a conspiracy leading all the way back to the time of the Civil War. Risking everything to unravel the puzzle even as he fights off his own personal demons, P.T. races headlong toward an incendiary and life-altering showdown.