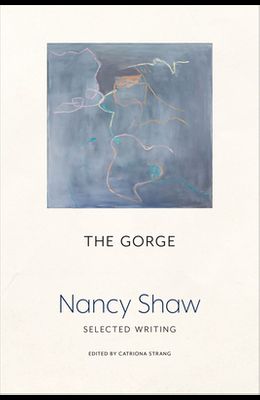 Nancy Shaw was an award-winning poet, scholar, and critic who was formative in shifting the ground of Canadian literature and poetics. She was co-director of the influential Kootenay School of Writing (KSW) and Writing magazine, was an artist-in-residence at the Western Front in the 1980s, and served as a chair of the Vancouver New Music Society. In a 1994 CBC interview with KSW poets Jeff Derksen, Lisa Robertson, Catriona Strang, and Shaw herself, Shelagh Rogers asked American poet Peter Gizzi to describe their work, and he said: Their work is unbridled, valiant, and vivid. Their] vocabulary is] reinventing the present. Shaw's work was rooted in the contemporary and deeply concerned with collaboration, the institutionalization of art, the potential of the epistolary form, and the breaking of poetic conventions by offering interdisciplinary perspectives. In Vancouver Anthology: The Institutional Politics of Art , Shaw wrote that collaborations allowed her to question notions of authorship and originality. She collaborated with artists and musicians such as Eric Metcalfe, and drew from popular music to write anthems and torch songs such as Torch Song #6 in which she asserts: ...] burst through my song / my watery one / my singular scrap. Edited by Catriona Strang, who co-authored Busted and Cold Trip with Shaw, The Gorge collects a range of Shaw's prolific writing with a focus on her collaborations and poetry. The Gorge: Selected Writing of Nancy Shaw resumes Talonbooks' affordable and carefully curated Selected Writing series that began in the 1980s.

List of All Editions of The Gorge: Selected Writing