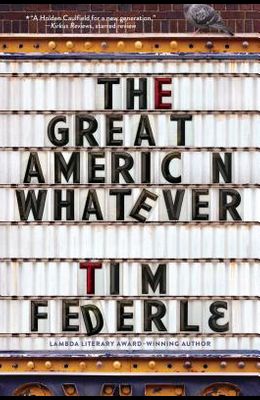 The Great American Whatever

From the award-winning author of Five, Six, Seven, Nate and Better Nate Than Ever comes a Holden Caulfield for a new generation ( Kirkus Reviews , starred review). Quinn Roberts is a sixteen-year-old smart aleck and Hollywood hopeful whose only worry used to be writing convincing dialogue for the movies he made with his sister Annabeth. Of course, that was all before--before Quinn stopped going to school, before his mom started sleeping on the sofa...and before the car accident that changed everything. Enter: Geoff, Quinn's best friend who insists it's time that Quinn came out--at least from hibernation. One haircut later, Geoff drags Quinn to his first college party, where instead of nursing his pain, he meets a guy--okay, a hot guy--and falls, hard. What follows is an upside-down week in which Quinn begins imagining his future as a screenplay that might actually have a happily-ever-after ending--if, that is, he can finally step back into the starring role of his own life story.