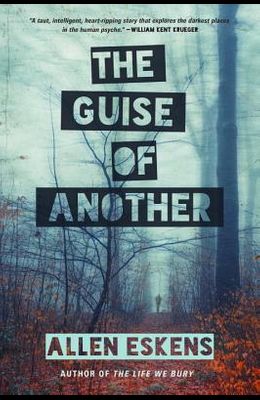 The Guise of Another

Book #2 in the Detective Max Rupert Series
by
Allen Eskens

Who was James Putnam? Answering that question may mean salvation for Alexander Rupert, a Minnesota detective whose life is in a serious downward spiral. A Medal of Valor winner, Alexander is now under subpoena by a grand jury on suspicion of corruption. He's been reassigned to the Frauds Unit, where he is shunned by his fellow detectives, and he fears his status-seeking wife may be having an affair. When he happens across a complex case of identity theft, Alexander sees an opportunity to rehabilitate his tattered reputation. But the case explodes into far more than he could have expected, putting him in the path of trained assassin Drago Basta, a veteran of the Balkan wars who has been searching for James Putnam for years. As his life spins out of control, Alexander's last hope may be his older brother, Max, a fellow police detective who steps in to try to save his brother from the carnage his investigation has let loose.