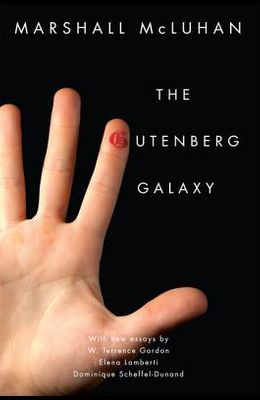 The Gutenberg Galaxy catapulted Marshall McLuhan to fame as a media theorist and, in time, a new media prognosticator. Fifty years after its initial publication, this landmark text is more significant than ever before. Readers will be amazed by McLuhan's prescience, unmatched by anyone since, predicting as he did the dramatic technological innovations that have fundamentally changed how we communicate. The Gutenberg Galaxy foresaw the networked, compressed 'global village' that would emerge in the late-twentieth and twenty-first centuries -- despite having been written when black-and-white television was ubiquitous. This new edition of The Gutenberg Galaxy celebrates both the centennial of McLuhan's birth and the fifty-year anniversary of the book's publication. A new interior design updates The Gutenberg Galaxy for twenty-first-century readers, while honouring the innovative, avant-garde spirit of the original. This edition also includes new introductory essays that illuminate McLuhan's lasting effect on a variety of scholarly fields and popular culture. A must-read for those who inhabit today's global village, The Gutenberg Galaxy ?is an indispensable road map for our evolving communication landscape.