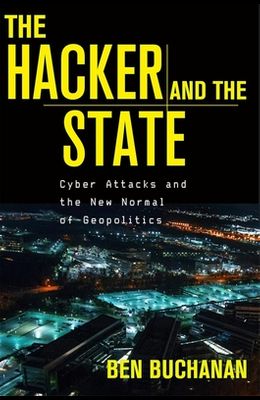 The Hacker and the State: Cyber Attacks and the New Normal of Geopolitics

Few national-security threats are as menacing--or as nebulous--as state-sponsored hacking. Ben Buchanan plunges into the brave new world of cyber attacks and reveals how hackers are transforming spycraft and statecraft, catching us all in the crossfire, whether we know it or not. Ever since WarGames, we have been bracing for the cyberwar to come. Popular thrillers and political forecasters like to conjure images of exploding power plants, food shortages, and mass panic, but while cyber attacks are now disturbingly common, they don't look anything like we thought they would. They are not exceptional occurrences triggering an immediate crisis; they happen every day and impact our companies, our health systems, and every aspect of our lives. The Hacker and the State sets aside fantasies of cyber-annihilation to explore the real geopolitical competition of the digital age. Tracing the conflict of wills and interests among modern nations, Ben Buchanan reveals little-known details of how China, Russia, North Korea, Britain, and the United States use computer code to gain an edge, moving deftly from underseas cable taps to underground nuclear sabotage, from blackouts and billion-dollar cyber attacks to election interference. Buchanan brings to life this continuous cycle of modern espionage and deception, attack and counterattack, destabilization and retaliation. Unlike the long-predicted cyber Pearl Harbors, these attacks are far less destructive, far more pervasive, and much harder to prevent. Quietly, insidiously, they have reshaped our national security priorities and transformed spycraft and statecraft. The contest for geopolitical advantage has moved into cyberspace. The nations that hack best will triumph.