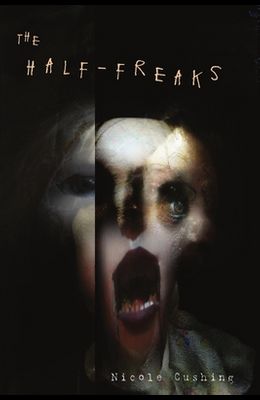 Harry Meyers is ill-equipped to handle funeral planning of any sort. If he had a goldfish and that goldfish died, he would probably find a way to bungle the flushing. But when Harry's mother passes away without having made any arrangements, and he's the only surviving next of kin, Harry is called on to navigate a grimly hilarious, half-real world of morgues, morticians, fetishes, and cosmic disaster. Transgressive and bleakly funny, terrifying but surprisingly humane, The Half-Freaks showcases Nicole Cushing's ever-evolving take on the Weird.