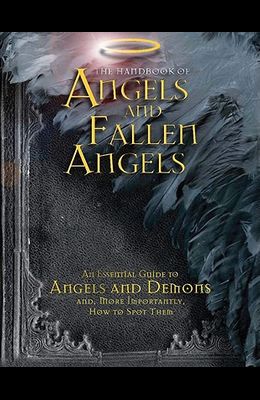 The Handbook of Angels and Fallen Angels

They appear in the world's major religions, as well as in literary classics, and it's widely believed that many of these supernatural creatures truly exist. But who or what are angels? Are they messengers from heaven, or are they fearsome and ferocious beings from the underworld? Author Robert Curran concludes that there are angels who fit both categories. Readers will meet guardian angels and archangels, as well as the cherubim and seraphim, who sit at the foot of God's heavenly throne. They'll also read the legendary story of Lucifer, the fallen angel whose attempt to seize God's throne set off a war in heaven that ended when he and his cohorts were cast into Hell. Among other fallen angels is their king, Asmodeus, as well as Beelzebub, the celebrated Lord of the Flies. But Robert Curran also describes many of the heavenly angels, such as Michael, God's warrior; Raphael, the great healer; and Uriel, the carrier of wisdom. The Handbook of Angels and Fallen Angels is an always fascinating and highly readable description of the entire angelic realm. It's filled with facts, folklore, and fascinating stories, and is enhanced with impressive color illustrations.