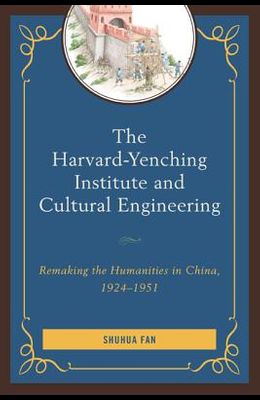 The Harvard-Yenching Institute and Cultural Engineering: Remaking the Humanities in China, 1924-1951

Through an empirical, multi-archival study of a transnational foundation--the Harvard-Yenching Institute (HYI) from the 1920s to the early 1950s--this book presents the story of transplanting Western/American humanities scholarship into Asia/China and addresses central questions in U.S.-China relations. This book focuses on the HYI's programs in teaching, research, and publication of Chinese humanities within China to the early 1950s and, to a lesser extent, its activities at Harvard that had close ties with its China side. Through the HYI story, the author examines in depth the cooperation, tensions, adaptation, and integration in the operation, management, and governance of the HYI's programs on both sides of the Pacific, and the complex multi-layered interactions between American educators and their Chinese partners, treating each side sympathetically but without losing sight of the big picture. As the first comprehensive study on the subject, the book adopts a concept of cultural engineering, which is defined as a conscious design to use cultural heritage to recreate culture in order to promote a society's development, to look at key issues in a way which accounts for interactions and initiatives on both sides and shows the difficult path toward developing common interests without neglecting tensions and conflicts, thus going beyond the various one-sided historiographies which pit Chinese against Americans or nativist rejection of modernity against cultural imperialism. The HYI experience in China from the 1920s to the early 1950s resonates down to the present day in American relations with the world. The United States faces many similar challenges in the Middle East, Asia, Africa, and Latin America today as in revolutionary China of the 1920s to 1950s. Therefore, this study offers a window onto many issues relating to cross-cultural interactions today, especially between the United States and non-Western nations.