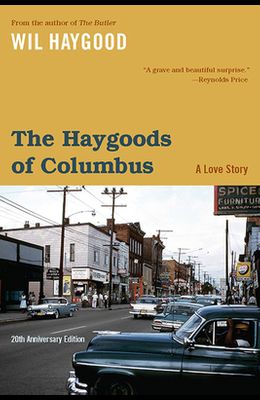 The Haygoods of Columbus: A Love Story

Wil Haygood's memoir of his hometown of Columbus, Ohio, is an uplifting and unsparing celebration of the ties that bind all loving American families. The lives of the Haygood clan--grandmother a hotel cook, mother a nightlife-loving waitress, father mostly absent, one brother a legendary pimp, the other a star-crossed dreamer, sisters whose fates included very little disposable income--were intertwined with that of Mount Vernon Avenue, a seductive street of shops, juke joints, and speakeasies at the epicenter of Columbus's black community. Wil loved that avenue. Gifted and ambitious, he eventually found his first reporting terrain there, writing for the local paper, The Call & Post , while the first waves of urban renewal began to shake and shift the city of his childhood. Haygood tells here of his early passions: his fierce love for his restless mother, his enthusiasm for fishing in the Olentangy River, and his adolescent love of basketball, which drove him to ride buses surreptitiously.