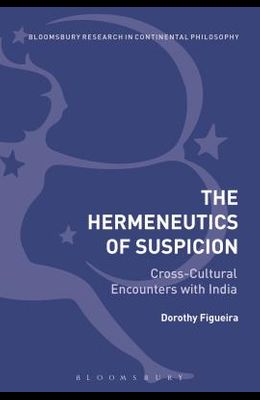 The Hermeneutics of Suspicion: Cross-Cultural Encounters with India

Through a unique combination of theoretical scope and material, and historical, breadth The Hermeneutics of Suspicion poses an original investigation into our understanding of alterity in Indian literature and history, and significantly contributes to an emerging discourse on East-West literary relations. Hans Georg Gadamer's notion of hermeneutical consciousness seeks to open up a cultural context through which to engage the other. It stands in opposition to the hermeneutics of suspicion advocated by recent popular theories, such as colonial discourse analysis, multiculturalism, postcolonial theory, the critique of globalism, etc. In his late work, Paul Ricoeur charts a middle path between the hermeneutics of suspicion and a hermeneutical consciousness that addresses the ontological and ethical categories of otherness. His approach reflects concerns voiced elsewhere, particularly in the historiography of Michel de Certeau and the ethics of Emmanuel Levinas. This volume follows the path proposed by Ricoeur and, alongside Certeau and Levinas, provides an examination of varying representations of the Indian Other in classical Greek and Sanskrit sources, the writings of Church Fathers, apocryphal literature, the Romance tradition, Portuguese and Italian travel narratives and Jesuit mission letters. In the various texts examined, the problems of translation are highlighted together with the sense that understanding can be found somewhere between the different approaches of hermeneutical consciousness and critical consciousness. This book not only looks at the European reception of the Indian other, but also looks at the ancient Indian view of its others and the cross-pollination of Indian concepts of otherness with the West.