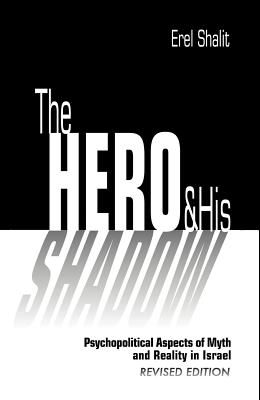 The Hero and His Shadow: Psychopolitical Aspects of Myth and Reality in Israel, Revised Edition

In an era in which all seemed to dwell in the self-imposed solitary confinement of virtual reality, life in vitro behind the screen, the young take to the streets and gather in the squares. Attempting to break the bonds of oppressive regimes and cold-hearted mammonism, they have raised their voice across the globe, demanding freedom, solidarity, and justice. Will these voices persevere to withstand the strong, silencing forces of darkness, of ruthlessness and oppression? Will the Voice of Wisdom be listened to, so that we may dwell safely, without fear of evil. (Prov. 1:33) The Hero and His Shadow: Psychopolitical Aspects of Myth and Reality in Israel introduces a psychological perspective on the history, development, and myths of modern Israel. The realization of Zionism relied on the pioneer, who revolted against the Way of the Father and sought spiritual redemption through the revival of Mother Earth in the ancient land. Myth and history, psyche and matter are constantly intertwined in the birth and development of Israel, for example when in the Declaration of Independence we are told that pioneers make deserts bloom, the text actually says they make spirits blossom. Pioneer, guardsman and then warrior were admired hero-ideals. However, in the shadow of the hero and the guiding myths of revolt, redemption, strength and identity-change, are feelings of despair, doubt, weakness and fear. Within renewal, lurks the threat of annihilation. Suppressed aspects of past and present myths, which linger in the shadow, are exposed. Psychological consequences of Israel's wars, from independence to the present war of terror, are explored on a personal note and from a psychoanalytic perspective. Shadow aspects of the conflicting guiding myths Peace and Greater Israel are examined, as well as mythical connections, such as between Jerusalem and the respective archetypal images of Wholeness and Satan. Erel Shalit, author and Jungian psychoanalyst, is the Academic Director of the Jungian Analytical Psychotherapy Program at Bar Ilan University. He is a member of the Council for Peace and Security. He has been Director of the Community Mental Health Clinic, Shalvata Psychiatric Center, and served as officer in the Medical Corps of the Israel Defense Forces. In addition to The Hero and His Shadow: Psychopolitical Aspects of Myth and Reality in Israel, Dr. Shalit is the author several books, including: The Cycle of Life: Themes and Tales of the Journey, Enemy, Cripple, Beggar: Shadows in the Hero's Path, The Complex: Path of Transformation from Archetype to Ego, and Requiem: A Tale of Exile and Return.

Frequently Asked Questions About The Hero and His Shadow: Psychopolitical Aspects of Myth and Reality in Israel, Revised Edition

0
|   0  reviews
Did you read The Hero and His Shadow: Psychopolitical Aspects of Myth and Reality in Israel, Revised Edition? Please provide your feedback and rating to help other readers.
Write Review

List of All Editions of The Hero and His Shadow: Psychopolitical Aspects of Myth and Reality in Israel, Revised Edition