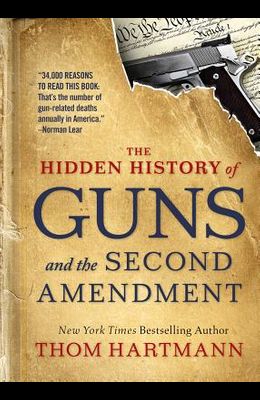 The Hidden History of Guns and the Second Amendment

Thom Hartmann, the most popular progressive radio host in America and a New York Times bestselling author, looks at the real history of guns in American and what we can do to limit both their lethal impact and the power of the gun lobby. Taking his typically in-depth, historically-informed view, Thom Hartmann examines how guns have played important roles throughout American history, from early European settlement to the Revolutionary War and Manifest Destiny, through the use of Slave Patrols in the deep south (which became the well-regulated militias so debated in 1787), to the assassination of John F. Kennedy and recent school massacres. Looking at the present, Hartmann documents how inequality in America and the number of people killed in mass shootings have grown together over the last 50 years. Finally, he identifies a handful of common sense and powerful solutions that would address the issue at different levels: from getting money out of politics to get the National Rifle Association out of lobbying, to passing laws that would treat gun ownership like car ownership (title, license, insurance), to addressing the social despair and economic inequality that drive violent crime and mass shootings.