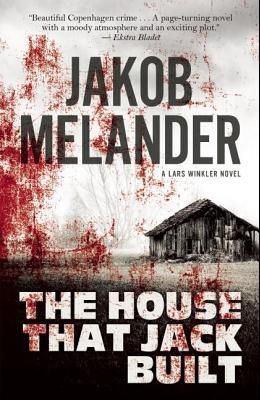 The House That Jack Built

The first book in the crime series featuring Lars Winkler: loner, dad, former squatter, and drug addict and the most dedicated detective in Copenhagen. A young prostitute is found murdered at the common in Copenhagen. The woman s body has been preserved and her eyes removed with surgical precision. Not long after, another body is discovered treated in the exact same manner. The press quickly names the spectacular case the Sandman Killings. Detective Inspector Lars Winkler is put on the case. With an addiction to classical rock music and the odd line of speed, Lars is struggling to get his life back together, mostly with his sixteen-year-old daughter, Maria, who lives with him in his rundown apartment. His wife has left him for his old friend and former boss. Meanwhile, the atmosphere in the Homicide and Serious Crime Department is tense. Despite support from his new young partner, Sanne Bissen, Lars feels edged out. While tracking Copenhagen s most sadistic serial killer to date, his past which has long been kept secret is slowly catching up to him.

Books similiar to The House That Jack Built

List of All Editions of The House That Jack Built