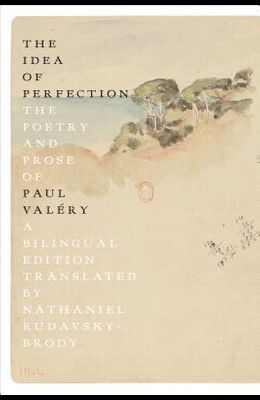 The Idea of Perfection: The Poetry and Prose of Paul Valéry; A Bilingual Edition

by
Paul Valery and Nathaniel RudavskyBrody

A fresh look into the monumental work of Paul Val ry Heir to Mallarm and the symbolists, godfather to the modernists, Paul Val ry was a poet with thousands of readers and few followers, great resonance and little echo. Along with Rilke and Eliot, he stands as a bridge between the tradition of the nineteenth century and the novelty of the twentieth. His reputation as a poet rests on three slim volumes published in a span of only ten years. Yet these poems, it turns out, are inseparable from another, much vaster intellectual and artistic enterprise: the Notebooks . Behind the published works, behind the uneventful life of the almost forgotten and then exceedingly famous poet, there hides another story, a private life of the mind, that has its record in 27,000 pages of notebooks revealed in their entirety only after his death. Their existence had been hinted at, evoked in rumors and literary asides; but once made public it took years for their significance to be fully appreciated. It turned out that the prose fragments published in Val ry's lifetime were not what they had been taken to be: they were not after-the-fact musings of an accomplished poet, nor his occasional sketchbook, nor excerpts from his private journal. They were a disfigured glimpse of a vast and fragmentary exercise of thought, a restless intellectual quest as unguided and yet as persistent, as rigorous, and as uncontainable as the sea that is so often their subject. The Idea of Perfection shows both sides of Val ry: the craftsman of sublimely refined verse, and the fervent investigator of the limits of human intellect and expression. It intersperses his three essential poetic works-- Album of Early Verse , The Young Fate , and Charms --with generous selections from the Notebooks and finishes with the prose poem The Angel. Masterfully translated by Nathaniel Rudavsky-Brody, with careful attention to form and a natural yet metrical contemporary poetic voice, The Idea of Perfection breathes new life into poems that are among the most beautiful in the French language and the most influential of the twentieth century.