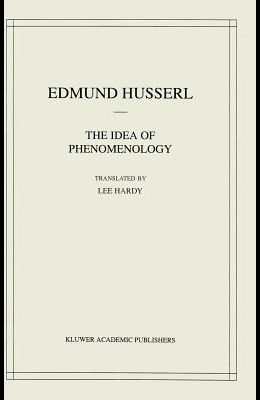 The Idea of Phenomenology

by
Edmund Husserl and L Hardy

In this fresh translation of five lectures delivered in 1907 at the University of Gottingen, Edmund Husserl lays out the philosophical problem of knowledge, indicates the requirements for its solution, and for the first time introduces the phenomenological method of reduction. For those interested in the genesis and development of Husserl's phenomenology, this text affords a unique glimpse into the epistemological motivation of his work, his concept of intentionality, and the formation of central phenomenological concepts that will later go by the names of transcendental consciousness', the noema', and the like. As a teaching text, The Idea of Phenomenology is ideal: it is brief, it is unencumbered by the technical terminology of Husserl's later work, it bears a clear connection to the problem of knowledge as formulated in the Cartesian tradition, and it is accompanied by a translator's introduction that clearly spells out the structure, argument, and movement of the text.