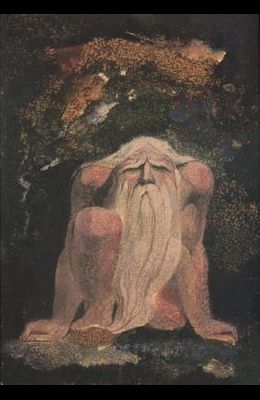 The Illuminated Books of William Blake, Volume 6: The Urizen Books

The last volumes in the series of William Blake's Illuminated Books reveal the writer and artist as a prophet driven by a sense of apocalyptic urgency. Blake conceived and executed The Continental Prophecies and The Urizen Books in the early 1790s, capturing the intellectual and spiritual turmoil of the American and French revolutions. Here, for the first time, the general reader will encounter Blake's most intense vision in reproductions that do justice to the originals, accompanied by texts, comprehensive notes and commentaries, and detailed interpretations of the designs. The Urizen Books , made up of Urizen, The Book of Los, and Ahania, describes the dissemination of the autocratic mythology of Urizen, Blake's inflexibly rationalist and myopic law-giver. These books stand as the author's sensible and considered response to the events of his time. The illuminated text of Urizen and the ten full-page illustrations from copy D in the British Museum, never before reproduced, represent a tour de force in Blake's specialist process of color printing. These volumes complete the six-part series of William Blake's Illuminated Books, including Jerusalem , Songs of Innocence and of Experience , The Early Illuminated Books , and Milton, A Poem , all published by Princeton University Press.

From the Back Cover In Lambeth in the 1790's, against a background of war and revolution in the American colonies and in Europe, and at home the denial of civil liberties and emergent radicalism, William Blake composed three uncompromising books in illuminated printing with which to present alternative accounts of creation and the beginning of social and religious oppression. These books are chapters from Blake's 'Bible of Hell'. Urizen, the Book of Los and Ahania set out to describe the dissemination of the autocratic mythology of Urizen, Blake's inflexibly rationalist and myopic law-giver. The message is often obscure but it is a feature of this edition that much of Blake's meaning is recovered by relating his words and images to the events and circumstances with which he and his few early readers were familiar. The works stand, more than has subsequently been thought, as Blake's sensible and considered response to the difficult times of their composition.

Books similiar to The Illuminated Books of William Blake, Volume 6: The Urizen Books

List of All Editions of The Illuminated Books of William Blake, Volume 6: The Urizen Books