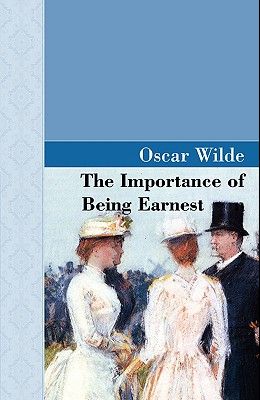 The Importance of Being Earnest, by Wilde, Oscar - Akasha Classics, AkashaPublishing.Com - Among Oskar Wilde's plays, The Importance of Being Earnest is certainly the most celebrated. It still delights readers more than a century after its 1895 publication and premiere performance. Both Wells, H. G. and Shaw, George Bernard thought it one of the funniest plays ever written. Set in England during the late Victorian era, the play's humor derives in part from characters maintaining fictitious identities to allow them to escape unwelcome social obligations. The characters' plans are constantly sent topsy-turvy by unexpected turns of events. Along the way, Wilde's wit-sharpened dialogue skewers nearly everyone, throwing into high relief the strains of class pretension, social ambition, and romantic gamesmanship.