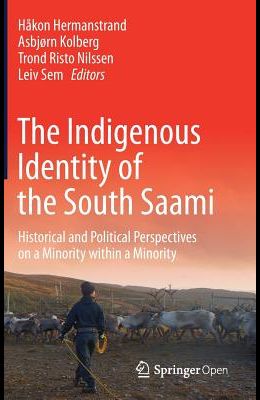 The Indigenous Identity of the South Saami: Historical and Political Perspectives on a Minority Within a Minority

by
Hakon Hermanstrand and Asbjorn Kolberg and Trond Risto Nilssen

From the Back Cover This open access book is a novel contribution in two ways: It is a multi-disciplinary examination of the indigenous South Saami people in Fennoscandia, a social and cultural group that often is overlooked as it is a minority within the Saami minority. Based on both historical material such as archaeological evidence, 20th century newspapers, and postcard motives as well as current sources such as ongoing land-right trials and recent works of historiography, the articles highlight the culture and living conditions of this indigenous group, mapping the negotiations of different identities through the interaction of Saami and non-Saami people through the ages. By illuminating this under-researched field, the volume also enriches the more general debate on global indigenous history, and sheds light on the construction of a Scandinavian identity and the limits of the welfare state and the myth of heterogeneity and equality.