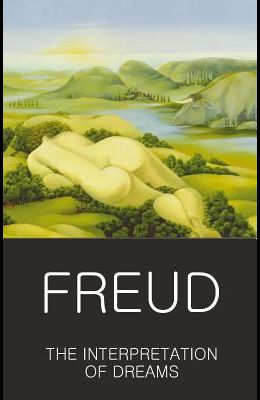 The Interpretation of Dreams

by
Sigmund Freud and A Brill and Stephen Wilson
$8.79
Select Format

Translated by A.A. Brill With an Introduction by Stephen Wilson. Sigmund Freud's audacious masterpiece, The Interpretation of Dreams , has never ceased to stimulate controversy since its publication in 1900. Freud is acknowledged as the founder of psychoanalysis, the key to unlocking the human mind, a task which has become essential to man's survival in the twentieth century, as science and technology have rushed ahead of our ability to cope with their consequences. Freud saw that man is at war with himself and often unable to tolerate too much reality. He propounded the theory that dreams are the contraband representations of the beast within man, smuggled into awareness during sleep. In Freudian interpretation, the analysis of dreams is the key to unlocking the secrets of the unconscious mind.

From the Back Cover Freud's discovery that the dream is the means by which the unconscious can be explored is undoubtedly the most revolutionary step forward in the entire history of psychology. Dreams, according to his theory, represent the hidden fulfillment of our unconscious wishes.

List of All Editions of The Interpretation of Dreams