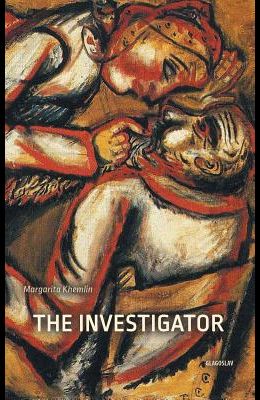 The Investigator is set in Soviet Ukraine in the early 1950s. With Stalin at the helm, the post-war Soviet Union is struggling to rebuild and to heal the nation of its multiple wounds. Plots and conspiracies abound and challenges to socialist values, real and imagined, proliferate. A young woman is murdered in a typical Soviet town. In the spirit of the era everyone is a suspect. The investigator of the title sets out to solve the crime. A former intelligence officer who seeks to embody the ideals of the young Soviet Union, he introduces the reader to a polyphony of alternative voices that, together with his own, weave the unique fabric of this striking novel. Margarita Khemlin Margarita Khemlin is a Jewish-Russian author and winner of the Russian Booker Prize and the Big Book Prize. Khemlin began with a modest dishwashing job in a caf decades ago while working hard to fulfill her writing dream. She never gave up and many manuscripts later she is a prolific and celebrated novelist in today's Russia. Since 2012 Khemlin is also one of the jurors of The O'Henry Award in the USA