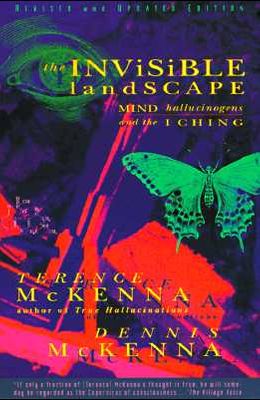 The Invisible Landscape: Mind, Hallucinogens, and the I Ching

Chapter OneThe Figure of the ShamanOf all the diverse religious institutions that humans have elaborated since before the beginning of recorded history, that of shamanism is one of the most singular and is probably one of the most archaic as well. The shaman is something of a maverick among religious practitioners. While shamanism occurs in virtually every culture on the planet, manifesting itself in religious traditions both ancient and modern, both primitive and sophisticated, the shaman remains eminently individualistic, idiosyncratic, and enigmatic, standing ever apart from organized ecclesiastical institutions while still performing important functions for the psychic and religious life of the culture. Comparable, but not identical, with such similar idiosyncratic practitioners as medicine men and sorcerers, the shaman is the possessor of techniques of proven efficacy and of powers bordering on the paranormal, the complete understanding of which still eludes modern psychology. It is this complex and fascinating figure of the shaman that we want to analyze from a standpoint at once sympathetic, interpretative, and psychological, with a view to answering the following questions: (1) What are the traditional aspects of shamanism as it is encountered in primitive cultures? (2) What is the nature of the shamanic personality and abilities, and what is the psychological role of the shaman in the society at large? And (3) Are there institutions analogous to shamanism in modern society?The vocation of shaman is found in nearly all archaic cultures, from the Australian aborigines to the Jivaro Indians of central Ecuador and Peru to the Yakut tribes of Siberia. It is believed to haveoriginated among these Siberian peoples, though its diffusion into other cultures must have taken place very early in prehistory for, along with sorcerers, magicians, and priests, shamanism can be counted among the oldest of professions.The word shaman is derived from the Tungusic term saman, derived in its turn from the Pali samana, indicating a possibly Southern (Buddhist) influence among these northern peoples (Eliade 1964, P. 4951). Eliade distinguishes the shaman from other types of religious and magical practitioners primarily on the basis of his religious function and techniques: ... he is believed to cure, like all doctors, and to perform miracles of the fakir, like all magicians, whether primitive or modern. But beyond this, he is a psychopomp, and he may also be priest, mystic, and poet. He further defines the shaman as a manipulator of the sacred, whose main function is to induce ecstasy in a society where ecstasy is the prime religious experience. Thus, the shaman is a master of ecstasy, and the art of shamanizing is a technique of ecstasy (Eliade 1964, P. 4).In archaic societies, a person (either man or woman) may become a shaman in primarily one of two ways: hereditary transmission or spontaneous election. In either case, the novice shaman must undergo an initiatory ordeal before he can attain the status of a full shaman. The initiation generally has two aspects: an ecstatic aspect, which takes place in dreams or trance, and a traditional aspect, in which the shaman is given instruction in certain techniques, such as the use and significance of the shamanic costume and drum, the secret spirit language, the names of the helping spirits, techniques of curing, theuses of medicinal plants, and so on, by an elder master shaman. These traditional techniques of shamanism are not invariably transmitted by an elder shaman but may be imparted to the neophyte directly through the spirits that come to him during his initiatory ecstasy. Lack of a public ritual in no way implies that such traditional instruction is neglected.The ecstatic part of the shaman's initiation is harder to analyze, for it depends on a certain receptivity to states of trance and ecstasy on the part of the novice: He may be moody, somewhat frail and sickly, predisposed to solitude, and may perhaps have fits of epilepsy or catatonia, or some other psychological aberrance (though not always, as some writers on the subject have asserted cf. Eliade 1964, PP. 23ff. and below]). In any case, his psychological predisposition to ecstasy forms only the starting point for his initiation: The novice, after a history of psychosomatic illness or psychological aberration that may be more or less intense, will at last begin to undergo initiatory sickness and trance; he will lie as though dead or in deep sleep for days on end. During this time, he is approached in dreams by his helping spirits and may receive instructions from them. Invariably during this prolonged trance the novice will undergo an episode of mystical death and resurrection: He may see himself reduced to a skeleton and then clothed with new flesh; or he may see himself boiled in a caldron, devoured by the spirits, and then made whole again; or he may imagine himself being operated on by the spirits, his organs removed and replaced with magical stones, and then sewn up again.Although the particular motifs may vary betweencultures and even individuals, the general symbolism is clear: The novice shaman undergoes a symbolic death and resurrection, which is understood as a radical transformation into a superhuman condition. Henceforth, the shaman enjoys access to the supernatural plane; he is a master of ecstasy, can travel in the spirit-realm at will, can cure and divine, can touch red-hot iron with impunity, and so on. In short, the shaman is transformed from a profane into a sacred state of being. Not only has he effected his own cure through this mystical transmutation, he is now invested with the power of the sacred, and hence can cure others as well. It is of the first order of importance to remember this, that the shaman is not merely a sick man, or a madman; he is a sick man who has healed himself, who is cured, and who must shamanize to remain cured.

Frequently Asked Questions About The Invisible Landscape: Mind, Hallucinogens, and the I Ching

Books like The Invisible Landscape: Mind, Hallucinogens, and the I Ching

List of All Editions of The Invisible Landscape: Mind, Hallucinogens, and the I Ching