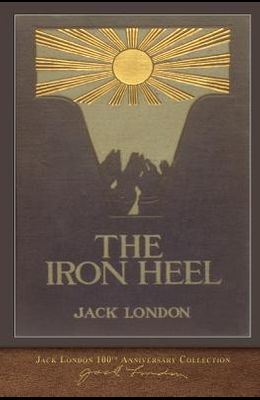 Jack London books by SeaWolf Press were selected for sale by the Jack London Museum. A beautfiul version with the first edition cover and footnotes in their correct place. This edition is part of the 100th Anniversary Collection honoring the 100th anniversary of Jack London's death in 1916. In his short 20-year career, he produced more than 50 books. The text and illustrations in this collection are taken from his early publications and the covers are replicas of the first edition covers. Fonts common 100 years ago are used--Century for the text and Bembo on the cover. The book's original format is matched as much as possible. Jack London presents a fictional Everhard Manuscript, hidden and found centuries in the future. This book is a platform for him to espouse his socialist views and predict the collapse of capitalism. Very different from his other action novels, it envisions a future oligarchic tyranny in America and the rise of the Socialist party. The book has been credited with influencing George Orwell's Nineteen Eighty-Four . Contains original footnotes correctly formatted at bottom of each page instead of inline on each page.