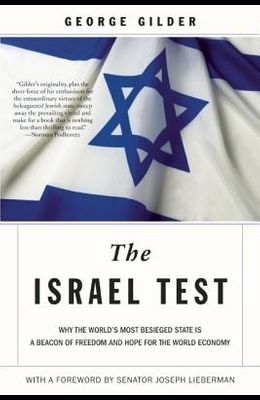 The Israel Test: Why the World's Most Besieged State Is a Beacon of Freedom and Hope for the World Economy

by
George Gilder and Joe Lieberman

Bestselling author Gilder maintains that the reason for such hatred and criticism of the state of Israel is because these critics are envious of the nation's sudden rise as a world power. If Israel is destroyed, he writes, capitalist Europe will likely die as well, and America, as the epitome of productive and creative capitalism spurred by Jews, will be in jeopardy.