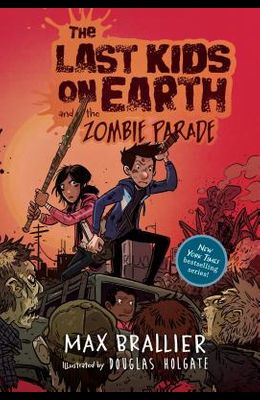 The Last Kids on Earth and the Zombie Parade

A Netflix Original series The New York Times and USA Today bestelling series, with over 5 million copies in print Terrifyingly fun Delivers big thrills and even bigger laughs.-- Jeff Kinney, author of the #1 New York Times bestseller Diary of a Wimpy Kid The zombies are disappearing. This might seem like a good thing, since zombies eat your brains, but normal human kid Jack Sullivan is suspicious. He keeps hearing an eerie shrieking noise that seems to be almost summoning the zombies--but to where, and for what (probably) foul purpose? Jack, his three best friends (maybe the only people left on Earth), and their pet monster Rover need to get to the bottom of this. Along the way they encounter a lot more than they bargained for, including a giant Wormungulous, a pizza parlor monster hangout, an ancient evil who destroys worlds, and a stereo system that is totally the bomb. Can Jack figure out why the zombies are vanishing . . . before he and his friends are next?