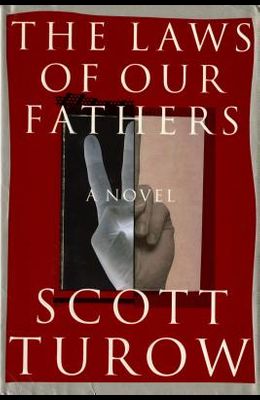 The Laws of Our Fathers

A drive-by shooting of an aging white woman at a gang-plagued Kindle County housing project sets in motion Scott Turow's intensely absorbing novel. With its riveting suspense and idelibly drawn characters, The Laws of our Fathers shows why Turow is not only the master of the modern legal thriller but also one of America's most engaging and satisfying novelists.

From the Back Cover The Laws of Our Fathers opens with a spectacular drive-by shooting in one of Kindle County's most notorious drug-plagued housing projects. The victim is an aging white woman who has never been seen there before; within days her son, Nile Eddgar, a probation officer, is charged in connection with the crime. Nile's trial is presided over - and narrated by - Judge Sonia Sonny Klonsky, whom Turow's fans will remember from his second novel, The Burden of Proof. It brings together a vivid cast of characters from Sonny's student years during the turbulent sixties, among them Nile's father, Loyell Eddgar, once a leading campus revolutionary, and Sonny's old boyfriend Seth Weissman, who is now a renowned journalist. All have been permanently marked by the heady iconoclasm of their youth; some carry terrible secrets that come to bear on the case at hand in unforeseeable and explosive ways.