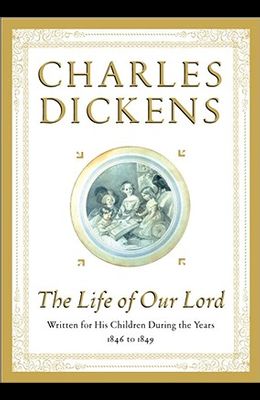 First published in 1934, this simple narrative, written by Dickens for his children, expresses the author's great faith and humility by retelling the story of the life, death, and resurrection of Jesus.

From the front Cover Charles Dickens wrote The Life of Our Lord during the years 1846-1849, just about the time he was completing David Copperfield. In this charming, simple retelling of the life of Jesus Christ, adapted from the Gospel of St. Luke, Dickens hoped to teach his young children about religion and faith. Since he wrote it exclusively for his children, Dickens refused to allow publication. For eighty-five years the manuscript was guarded as a precious family secret, and it was handed down from one relative to the next. When Dickens died in 1870, it was left to his sister-in-law, Georgina Hogarth. From there it fell to Dickens's son, Sir Henry Fielding Dickens, with the admonition that it should not be published while any child of Dickens lived. Just before the 1933 holidays, Sir Henry, then the only living child of Dickens, died, leaving his father's manuscript to his wife and children. He also bequeathed to them the right to make the decision to publish The Life of Our Lord. By majority vote, Sir Henry's widow and children decided to publish the book in London. In 1934, Simon & Schuster published the first American edition, which became one of the year's biggest bestsellers.

Books like The Life of Our Lord: Written for His Children During the Years 1846 to 1849

List of All Editions of The Life of Our Lord: Written for His Children During the Years 1846 to 1849