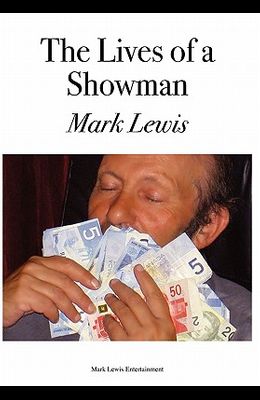 The Lives of a Showman

These are the memoirs of a magician, psychic consultant, hypnotist and trick card salesman who has operated in different countries and experienced all sorts of mischief and adventures. Mark Lewis is an experienced, professional entertainer, having been a performer for over 40 years. He has worked in the U.K., Holland, Germany Ireland, the USA and Canada. While working in Ireland he virtually became a household name as a psychic, with masses of media publicity. He is recognised as one of the top sleight-of-hand magicians in the world. If you think that biographies and memoirs are dull, boring and stuffy, this book will change your mind. The author is a magician but you ll find no tricks here instead, you ll find a delightful, sometimes touching, and often hilarious account of the life of a professional entertainer. Mark Lewis is a close-up and cabaret magician, a children s performer, a pitchman, a psychic and a hypnotist and now, a writer. In this wonderfully engaging memoir, you will follow him from his early beginnings in posh London nightclubs to selling trick decks of cards in Blackpool, England, from being the most famous psychic in Dublin to becoming a hypnotist in Toronto, from performing for drunks to performing for royalty, and much, much more. Along the way, you will find a cast of colourful and often remarkable people, none more so than the author himself.